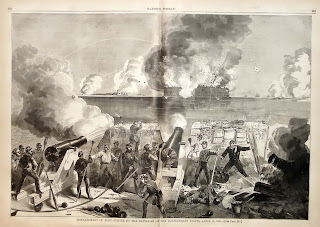 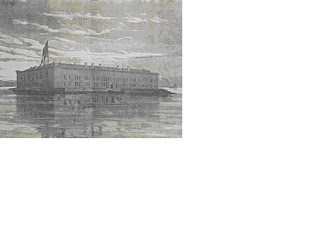 The presidential elections of 1860 polarized the nation. Southern statesmen, fearing the Southern economy would collapse if limitations on slavery were imposed by Northern Republicans, threatened to break from the Union if a Republican was elected president.

Far from being shaken by the threat, the leading Republican candidate had other concerns on his mind.

“Shortly before the election, Lincoln received a letter from Grace Bedell, an eleven-year-old girl in Westfield, New York, suggesting that he grow a beard. ‘… you would look a great deal better for your face is so thin,’ she wrote. ‘All the ladies like whiskers and they would tease their husbands to vote for you.’ As he waited for the nation to vote, Lincoln took her advice.”[i]

When Abraham Lincoln was elected president in 1860, the South felt its concerns were no longer being heard in Washington.. Abraham Lincoln, the very Republican Southerners had reviled since he delivered a speech at Cooper Union arguing the Federal government’s power to limit slavery in newly formed states, carried the electoral votes in the North. Southerners, firm believers in State’s rights, had argued that both the new states and the state already formed had the right to determine their own laws regarding slave ownership. Consequently, the South divided its votes between Kentucky native John C. Breckenridge, a Southern Democrat, and John Bell of Tennessee, a Constitutional Unionist.

Regardless of Southern disapproval, Abraham Lincoln was about to become the next United States president. He would inherit a beleaguered economy and a Union on the brink of dissolve.
“Because of the depression that had started in 1857, the federal government had been operating in deficit since that time. In 1860 the national debt stood at $64,844,000 and the Treasury was nearly depleted. In December of that year, as the Deep South states began to secede one by one, there was at one point not even enough money on hand to meet the payroll.” [ii]
December 20, 1860
“If the Union was formed by the accession of States, then the Union may be dissolved by the secession of States"
~ Daniel Webster, 1833
In disgust over the election, South Carolina seceded from the Union. Mississippi, Florida, Alabama, Georgia, Louisiana, and Texas followed by February 1861. The Confederate States, believing themselves to be a new and sovereign nation, began the take over of forts from Federal soldiers. This task was accomplished without incident. Soon, only two forts staffed by Federal troops remained in Confederate territory. These forts, Fort Pickens in Florida and Fort Sumter in Charleston, South Carolina, were surrounded by Confederate troops and effectively blockaded.
"We affirm that these ends for which this Government was instituted have been defeated, and the Government itself has been made destructive of them by the action of the non-slaveholding States. Those States have assume the right of deciding upon the propriety of our domestic institutions; and have denied the rights of property established in fifteen of the States and recognized by the Constitution; they have denounced as sinful the institution of slavery; they have permitted open establishment among them of societies, whose avowed object is to disturb the peace and to eloign the property of the citizens of other States. They have encouraged and assisted thousands of our slaves to leave their homes; and those who remain, have been incited by emissaries, books and pictures to servile insurrection."
~ The Declaration of Secession for South Carolina
“Our position is thoroughly identified with the institution of slavery - the greatest material interest of the world. Its labor supplies the product which constitutes by far the largest and most important portions of commerce of the earth."
~ The Declaration of Secession for Mississippi
"For the last ten years we have had numerous and serious causes of complaint against our non-slave-holding confederate States with reference to the subject of African slavery. They have endeavored to weaken our security, to disturb our domestic peace and tranquility, and persistently refused to comply with their express constitutional obligations to us in reference to that property, and by the use of their power in the Federal Government have striven to deprive us of an equal enjoyment of the common Territories of the Republic."
~ The Declaration of Secession for Georgia
Yet, while South Carolina, Mississippi, and Georgia defended slavery, Jefferson Davis maintained his stances that secession was simply a matter of state’s rights.
“[Our situation] illustrates the American idea that governments rest on the consent of the governed, and that it is the right of the people to alter or abolish them whenever they become destructive of the ends for which they were established.”
~ Jefferson Davis
Meanwhile, the average citizen found the reality of secession difficult to comprehend.
“…as late as Christmas-time of the year 1860, although the newspapers were full of secession talk and the matter was eagerly discussed at our tables, coming events had cast any positive shadow on our homes. The people in our neighborhood, of one opinion with their dear and honored friend, Colonel Robert E. Lee, of Arlington, were slow to accept the startling suggestion of disruption of the Union.”
~ C. C. Harrison[iii]
Believing that he could prevent war by creating a gun so powerful that mankind would be unwilling to unleash its horrific carnage, Dr. Richard Gatlin patented the Gatling Gun. His hand cranked, multi-barreled weapon was capable of firing 200 rounds per minute. While it did not prevent the Civil War, it did reduce the number of soldiers needed to hold a position.
“It occurred to me that if I could invent a machine - a gun - which could by its rapidity of fire, enable one man to do as much battle duty as a hundred, that it would, to a large extent supersede the necessity of large armies, and consequently, exposure to battle and disease [would] be greatly diminished.”
~ Dr. Richard Jordan Gatlin[iv]
February 9, 1861
Jefferson Davis, a former U. S. Senator, was appointed Provisional President of the Confederate States of America by the Confederate State Delegates gathered at the Constitutional Convention in Montgomery, Alabama.
Abraham Lincoln was yet to grasp the fact that a war was inevitable. He failed to comprehend that many political and religious leaders of the day had abandoned both reason and tolerance. Imperturbable temperaments had become scarce commodities.

"There is really no crisis except an artificial one...If the great American people will only keep their temper, on both sides of the line, the trouble will come to an end"
~ Abraham Lincoln, en-route to his inauguration
Both Davis and Lincoln were natives of central Kentucky. While their birth places were located within 100 miles of each other, differences in family wealth and social status produced two racially different political leaders.
February 23, 1861
Voters in Texas ratified secession by a three to one margin.
"In all the non-slaveholding States, in violation of that good faith and comity which should exist between entirely distinct nations, the people have formed themselves into a great sectional party, now strong enough in numbers to control the affairs of each of those States, based upon an unnatural feeling of hostility to these Southern States and their beneficent and patriarchal system of African slavery, proclaiming the debasing doctrine of equality of all men, irrespective of race or color - a doctrine at war with nature, in opposition to the experience of mankind, and in violation of the plainest revelations of Divine Law. They demand the abolition of negro slavery throughout the confederacy, the recognition of political equality between the white and negro races, and avow their determination to press on their crusade against us, so long as a negro slave remains in these States."
~ The Declaration of Secession for Texas
March 4, 1861
Abraham Lincoln was inaugurated United States President. In his address, Lincoln appealed for the preservation of the Union. Calling for compromise, he hoped he could retain his support in the North without further alienating the South. Lincoln promised he would not use force to maintain the Union or interfere with slavery in those states in which slavery already existed. Nevertheless, Lincoln also promised that the Union would not give up control of federal territory in Confederate States. Such federal territory included Fort Sumter.
“All we ask is to be let alone.”
~ Jefferson Davis

"I can't let them go. Who would pay for the government?"
~ Abraham Lincoln
March 6, 1861
The Confederate Congress authorized an army of volunteers.
"…our path to victory may be through a baptism of blood."
~ Presbyterian theologian James Henley Thornwell
April 12, 1861
Confederate forces in Charleston, South Carolina fired on Federal troops at Fort Sumter as an early morning attempt was made to resupply the fort. The Fort was surrendered 34 hours later. A Kentuckian, Major Robert Anderson, had the duty of surrendering Fort Sumter to the Confederate forces.
"Our Southern brethren have done grievously, they have rebelled and have attacked their father's house and their loyal brothers. They must be punished and brought back, but this necessity breaks my heart."
~ Major Robert Anderson
The Civil War had begun. Virginia voted to leave the Union immediately. North Carolina, Tennessee, and Arkansas followed shortly thereafter.
“The American Civil War was the largest war fought in the Western world in the century between the Battle of Waterloo, fought on June 18, 1815, and the outbreak of World War I on August 1, 1914. Spread across half a continent, the troops moved by railroads and commanded by telegraph, the people informed by large-circulation newspapers, it was also the first great conflict of the industrial age.” [v]
Quite suddenly, the gravity of the national situation became all to clear to Lincoln.
“In saving the Union, I have destroyed the republic. Before me I have the Confederacy which I loath. But behind me I have the bankers which I fear."
~Abraham Lincoln