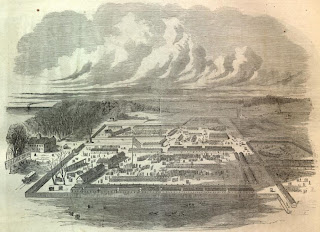 A copyrighted sketch showing how close Camp Douglas was to the lake may be found at chicagology.com/canp-douglas/ 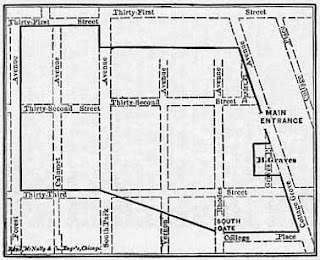 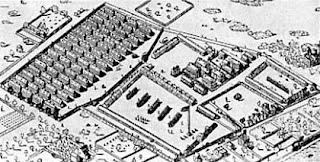