“Early next morning, the 4th we moved on the Campbellsville road, Col. Johnson's brigade the 2nd in front. My brigade, the 1st in the rear, on to Green River bridge where Col. Moore with regiment of 400 Federals were strongly fortified, had stockade. Col. Johnson demanded the surrender, Col. Moore said the 4th of July was not a good day for surrendering and he would rather not. Colonel Chenault Reg. the 6th Ky. made the attack on the stockade. The Parrott cannon opened the fight. Chenault Regiment charging up to very [the] stockade where obstruction were placed, difficult to get through, Colonel Chenault was killed, our loss in a 20 minute carnage and fight was 36 killed and 45 wounded. Col. Moore, the Federal lost 9 killed and 26 wounded. Several officers, Major Brent of 5th Ky. and Capt. Tribble of 11th Ky. both killed, General Morgan stopped the fight and we went below the bridge a mile and crossed the river and left Moore in charge of his almost impregnable position. It was foolish to attack, most of us thought.”

Before the sun rose on July 4, John Hunt Morgan had made the unfortunate decision to advance upon Union forces positioned on the opposite bank of the Green River at Tebb's Bend.

The Union commander, Colonel Orlando H. Moore, was well aware that Morgan was advancing. Rousting his small force of 200 men (Michigan 25th Infantry and the 8th Michigan) from the blockhouse, Moore moved them southward to a high bluff protected on three sided by a bend of the river. This movement allowed Moore to create a tactical advantage. Should Morgan attack the protected bluff, the vastly superior number of the Confederate cavalrymen would not be an advantage. To increase his odds, Moore ordered his men to construct an abatis of fallen trees and sharpened branches along the only path of approach to the bluff.

At sunrise on July 4, the 25th Michigan Infantry opened fire on Raiders approaching along the narrow front Moore had blockaded.

By 7 a.m., a delegation of Confederate officers approached Col. Moore's position and demanded his surrender. Moore replied, "Present my compliments to General Morgan and say, this being the 4th of July, I cannot entertain the proposition to surrender.”

Morgan began his attack on Moore’s position using rounds from the parrot gun, situated a mere 600 yards distance from the Michigan troops. Infuriated that the show of his big guns had failed to produce the surrender he was expecting, Morgan ordered an attack on the bluff. The 5th, 7th, and 11th KY Cavalry made seven assaults but were repulsed each time. As my 2nd great grand father, James Edward Evans was in the 7th, he would have been one of the Confederates fighting hand to hand attempting to breach the impregnable obstacle of fallen trees.

Moore had set an effective ambush. The fallen trees blocked the front and stacked the Cavalry men up behind them. Moore’s safely concealed men had dozens of easy targets. They were shooting fish in a barrel.

Lieutenant Robert H. Cowan of Company I, 7th KY Cavalry, was one of the seventy five Confederates killed in the battle[ii] Cowan was a man my 2nd great grand father would have looked to for leadership. Surely he felt this death personally.

During the three hour battle, Morgan was forced to grow increasingly more creative. He ordered a cavalry assault on the 40 men of the 8th MI who had remained near the Green River bridge. These men were also able to hold their position against the Raiders. Next Morgan ordered a unit of men to climb the bluff. However an alert was sounded by a Union officer and the plan was foiled. None of Morgan’s tactics could shake the fearless little group of Michigan boys from their nest in the trees.

Moore’s unflappable nature, quick response to the intelligence gathered by his pickets, and use of tactical skill had bested the bluster of Morgan’s ego and sheer number of the Raiders. It would not be the last time that poor planning, over confidence, and failure to heed intelligence gathered by his scouts would undo Morgan. The first battle of the Raid had ended in defeat.[iii]

“July 4. Many of our best men were killed or wounded. The beginning of this raid is ominous."

Fight at Green River bridge was repulsed with the loss of two of our bravest field officers, Col. Chenault and Maj. Brent.”


“…seriously wounded and dead were left under the charge of Surgeons and Chaplains, who received every assistance, that he could furnish, from Colonel Moore, who proved himself as humane as he was skillful and gallant.” 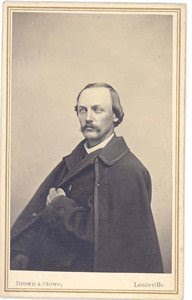 “He is a gallant man, and the entire arrangement of his defense entitles him to the highest credit for military skill. We would mark such a man in our army for promotion.”


Meanwhile, in Vicksburg, Confederate Lt. General John C. Pemberton demonstrated a considerable different opinion regarding surrender on the 4th of July. Pemberton turned over his 29,500 men to General Ulysses S. Grant stating that he had chosen to surrender on July 4th in the hope that the festive mood of the holiday would result in better treatment of those taken prisoner.[ix]

On July 4, 1863, the same day that Lee retreated from Gettysburg, Confederate General John Hunt Morgan suffered a defeat at Tebb’s Bend on the Green River in Kentucky. A Union soldier wounded there was discovered by a surgeon to be a sixteen-year-old girl whose name was Lizzie Compton. She had been wounded before at Fredericksburg and discharged, only to reenlist. Whenever she was sounded or feared detection, she enrolled in a different regiment. Prior to this wounding, she had served for at least eighteen months. [x]

Departing Tebb’s Bend the exhausted Raiders rode north toward Campbellsville where they stopped to forge for food and have a brief moment’s rest.

"We went to the suburbs of the town of Campbellsville and camped in a lot. We had to carry our corn a quarter of a mile from a crib. Some of the boys went to the nearest houses and got something for their messes. I bummed a snack for myself. At dusk we were ordered to saddle up."